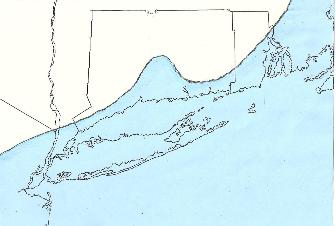 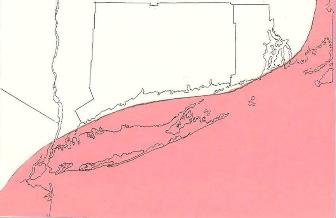 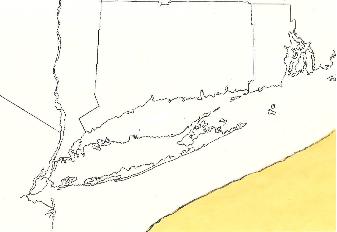 Removed from areas exposed to later glaciation. A few Tertiary stream and lake deposits have been reported in New Jersey, Cape Cod, and Martha's Vineyard, MA. 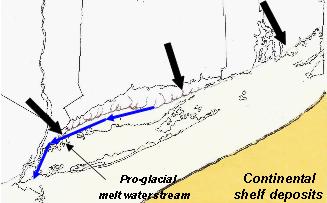 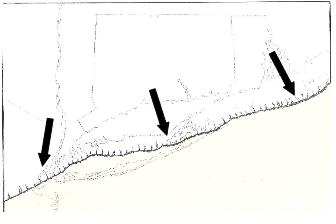 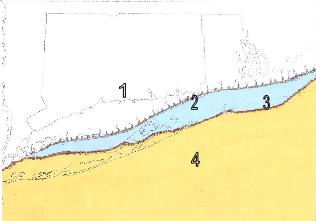 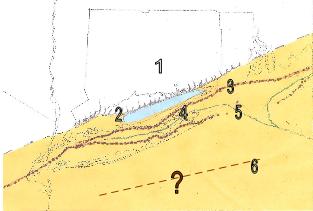 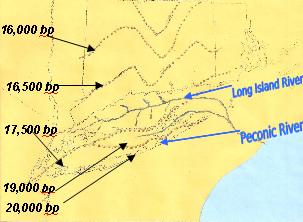 Sea level rises faster than the rebound of the lithosphere.

A "Connecticut River", that is sustained by meteoric water (rain), is formed. 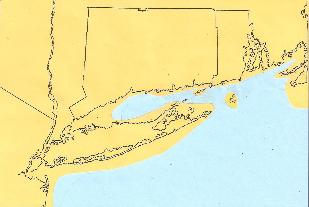 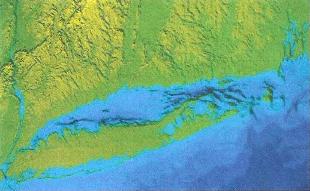 * The way people adapt to the environment determines their culture. The flora changes with changing climate, new vegetation. With the changing environment. As a result, Native Culture also evolved. Finally, new waterways opened up making fishing and shellfish avaiable. Population and community growth is the trend, barring catastrophic events. Nomatic people,of course, have cultures unique to their environment.

pictures taken in the 1960s and 1970s
Examples of land features that were formed as a result of erosion and deposition by ice (glaciers), streams (melted water), ocean currents (longshore and waves), and sometimes even wind, in the case of ancient and recent dunes. 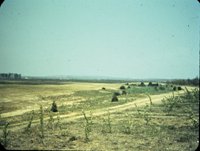 Eaton's Neck near Northport is an example of tombolo, a sandy beach that connects an island to the mainland.

A bay mouth bar at the mouth of the Nissequogue River. 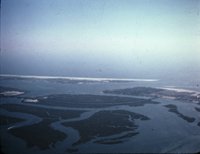 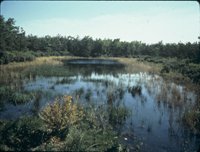 The Frost Creek Marsh near Bayville is filled with plant growth. 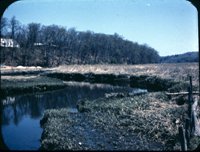 Marshes along the Carmens River where eventually spongy peat forms from organic material. 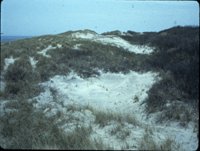